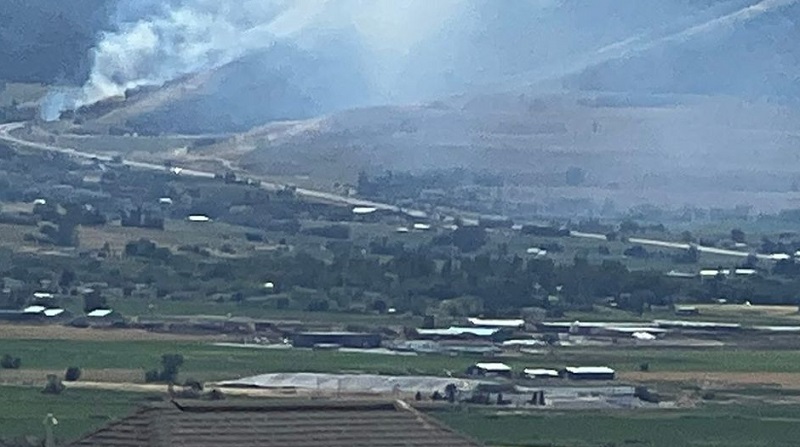 Logan, Utah – On Saturday, fire units were on the scene of a grass fire at the mouth of Sardine Canyon. Those traveling through the area used caution as units were working off to the side of the highway.

10 homes were evacuated in Cache County as a result of the fire, officials said. The right lane was closed on southbound US-91 at milepost 16, approximately three miles from Logan.

Clearance time was initially estimated to be around 5:20 p.m. on Saturday.

Officials estimated the Sardine Fire to be approximately 30 acres with 0% containment. According to officials, 15 to 20 structures were threatened.

Due to the nearby fires burning on Saturday, smoke and ash were coming down in the city, Salt Lake City police said.

Salt Lake City police asked people to not call or report this and only call 911 for an active fire or emergency.