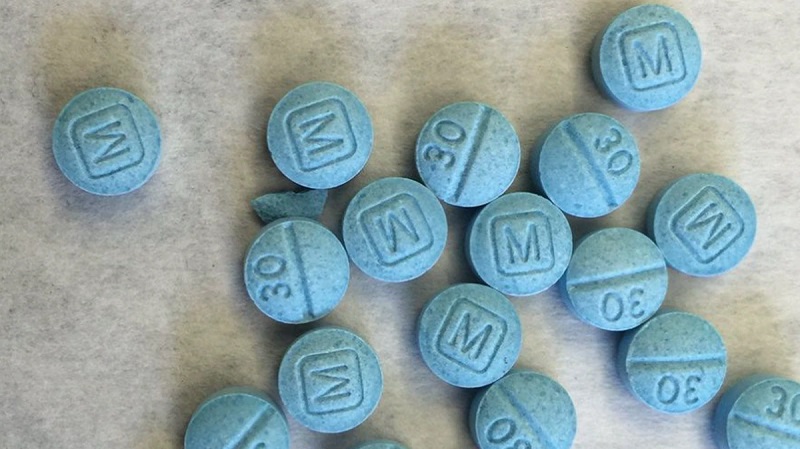 A UHP trooper saw a car traveling northbound on I-15 near milepost 71 at around 3:20 p.m. The trooper reportedly saw the car signal for about a second prior to making a lane change, as well as observed window tint that appeared to be darker than the legal limit. The trooper performed a traffic stop, and upon approaching the car, noticed the smell of burnt marijuana coming from the vehicle.

According to authorities, there were two people in the car, and neither of them had medical marijuana licenses.

According to authorities, Johnson gave a false identification, claiming he was 40-year-old Gregory Williams.

A search of the vehicle was performed, and approximately 74 grams of raw marijuana and several items of paraphernalia were found. The trooper was reportedly “suspicious of additional criminal activity” and continued the search.

Later, the trooper noticed two one-gallon jars of tomato sauce, an “abnormality” in the vehicle.

Authorities say approximately 1,000 suspected Fentanyl pills were found, along with 2.25 ounces of heroin and cocaine. The two occupants of the vehicle were placed under arrest and booked into Iron County Jail.

They both face a number of felony-offense “Possession with Intent to Distribute a Controlled Substance” charges, while the passenger, Johnson, faces one additional charge of “False Personal Info with Intent to Be Another Actual Person.”