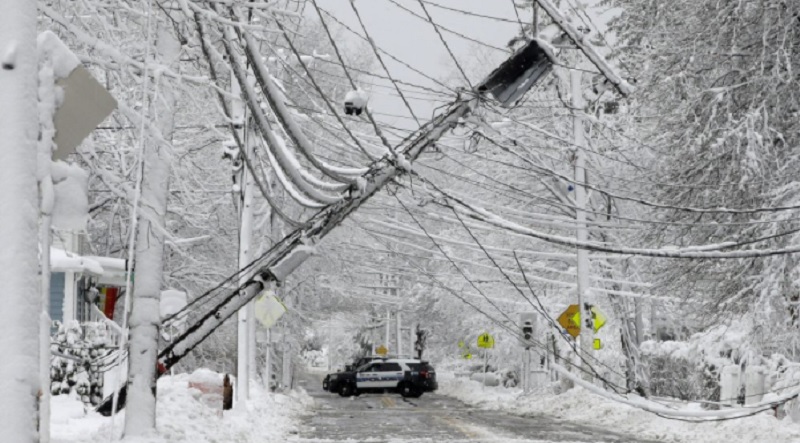 Salt Lake City, Utah — After snow pounded parts of the Wasatch Front, around 12,000 customers were without electricity.

The snow took down several trees and powerlines.

At least 12,000 customers were without electricity at 7 a.m. Sunday, Rocky Mountain power reported.

By 8:30 a.m., power was restored to some, with 7,500 customers still without power. The bulk of the outages were in neighborhoods on the east side of Salt Lake.

People reported colder indoor temperatures as they were left without electricity to heat homes.

At least one car in his neighborhood was damaged when a large tree limb fell. Up to 10 inches of snow fell in parts of the Wasatch Front, with more on the way.

Utah pet selected as a finalist in the Cadbury bunny Tryouts