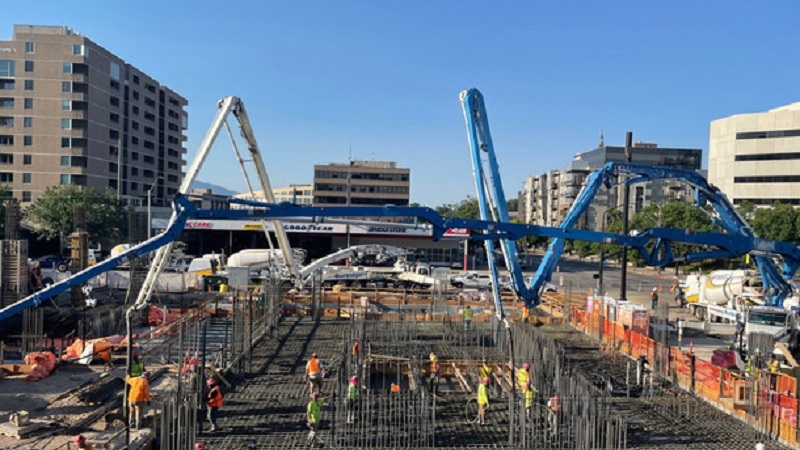 Salt Lake City, Utah — According to a Utah construction company, approximately 15 million pounds of concrete were poured overnight in what they say was one of the longest continuous concrete pours in state history.

On Saturday, their team placed more than 415 truckloads of concrete in just 11 hours, a press release from Layton Construction said. The company originally stated it was 55 truckloads.

They poured it at the site of a 32-story residential tower being built at 200 East and 300 South in Salt Lake City. It is estimated to be complete in the spring of 2024.

According to the company, the amount poured was equivalent to four football fields covered with five feet of concrete.

“We hit a major milestone getting this massive pour done on time and ahead of the 24th of July parade that will pass in front of the project site,” said Patrick Taylor, Layton Construction project superintendent. “I’m really proud of the team that worked tirelessly in the last three months to make it happen. We’re all going to sleep really well tonight.”