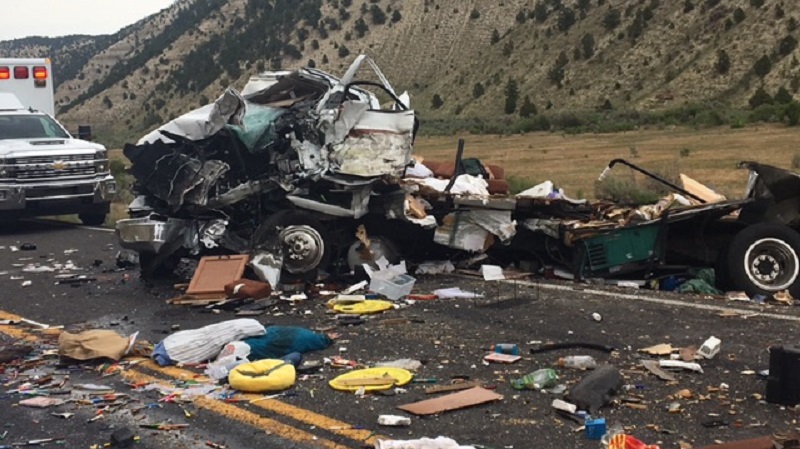 Salt Lake City, Utah — According to the Utah Highway Patrol, the state saw a record-breaking year of fatalities on the roads in 2021, and Utah is on track to potentially break that record this year. And it’s only July.

A crash on Interstate 15 left two people dead in Lehi.

According to State troopers, a Honda Pilot was stopped on the freeway when it was rear-ended by a Nissan passenger car that tried to swerve out of its path. The Pilot’s driver was hospitalized in serious condition, along with a passenger who was in the Nissan. Both later died from their injuries.

The Nissan’s driver had suffered minor injuries in the crash.

According to UHP Sgt. Cameron Roden, investigators are working to determine why the Pilot came to a stop in a traffic lane.

Another tragedy struck as two children riding together on a motorized bike were hit by a car earlier this week in South Jordan.

According to police, the driver drifted into the lane and hit them. One of those boys has since died.

Anytime anyone stops along the freeway, it can be a dangerous place no matter where one is, Roden said.

With that, for an emergency, if a person has a flat, needs to make a call, or is becoming fatigued, he said one should do their best to get off the freeway and find a safer spot.

“Make sure you’re aware of what’s around you. Always keep your eye on that traffic that’s approaching. Even if you’re off on the shoulder, keep your seatbelt on if you’re sitting in the car because if someone does drift off the road and hit you, your chances of getting hurt are decreased by keeping that seatbelt on,” Roden said.

At least 154 people have been killed on Utah’s roads this year, according to the Utah Department of Public Safety data.

According to Roden, the uptick in fatal wrecks they’re seeing includes pedestrians, as well as vulnerable users, such as motorcyclists.

Impaired drivers and wrong-way drivers have also been among the number of fatal wrecks. “We’ve seen more wrong-way crashes that are tied to impairment than we did all of last year,” Roden said.

How to cope in a heatwave, even if the power goes out