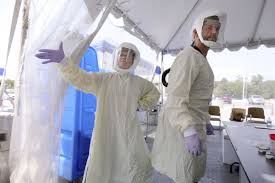 SALT LAKE CITY, Utah – The Utah Department of Health has reported an increase of 301 new cases of coronavirus in the state, with no new deaths.

Officials said the number of positive cases increased to 49,115 since the beginning of the pandemic.

An additional 2,473 people were tested for the virus. There was a 12 percent positive rate in among those tested.

The rolling rate of new cases over the last seven days was 349 per day, with an 8.4 percent rate of positive laboratory tests.

Health officials said 138 people were currently being treated for COVID-19 in the hospital, with 2,926 total hospitalizations.

The number of coronavirus-related deaths in the United States has increased to over 175,600, with more than 5.6 million positive cases.

There have been over 800,000 confirmed deaths and 23 million cases across the globe, according to the World Health Organization.