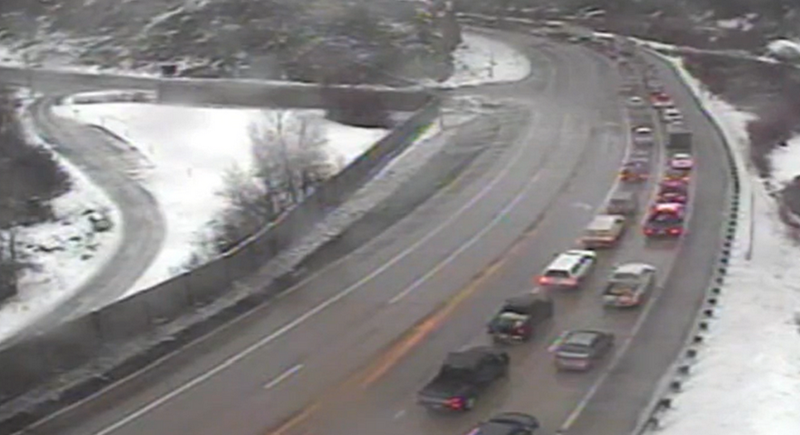 Wasatch County, Utah — A total of six crashes in Provo Canyon were reported by Utah Highway Patrol all due to Thursday morning’s slick roads.

Just north of the State Road 92 junction, due to the crashes, officials closed the highway at milepost 15.

According to Sgt. Roden with UHP, the crashes happened between mileposts 14 and 15.

UDOT cameras show traffic was at a standstill while crews closed Highway 189 in order to clear the crashed vehicles.

According to UHP, there are no major injuries reported as a result of the crashes.

The main reason for the closure is Cars blocking the traffic lanes.

The roads were back open and traffic was flowing normally throughout that area, as of 10:00 a.m. Thursday.

Drivers on Utah roads clocked at well over 100 mph