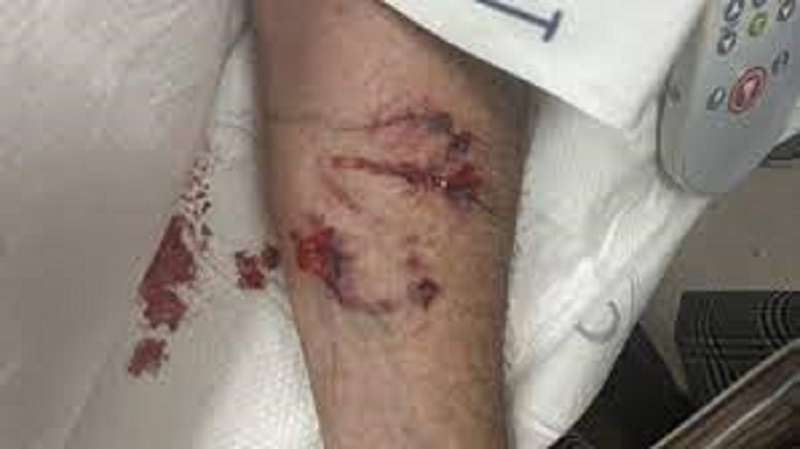 Millcreek, Utah – Authorities continue to look for the dog’s owner after Larry Overton claims he was assaulted by a dog near Oakridge Elementary School in Millcreek on Friday.

Around 8 a.m. on Friday, according to Overton, the event took place close to the track.

He learned at the hospital that the dog bit him right down to his bone. According to Overton, the dog’s owner did not have her pet on a leash, and after the incident, the woman grabbed the animal and fled.

Overton said he will have to start a round of rabies treatments if officials are unable to find the owner within 24 hours.

Sometimes, according to Karl Carpenter with Salt Lake County Animal Services, people flee out of fear that their pet will be put to death. The last thing they want to do, he claims, is that.

The owner of the dog is described as a 40-year-old lady with brown hair. According to Overton, the dog had short brown and white hair and resembled a Pitbull.

The woman can be charged with a misdemeanor under Salt Lake County Ordinance 8.06.020 for failing to keep the animal on a leash.

Animal attacks must also be reported by owners within 24 hours. If not, the woman can be hit with a hefty fine and spend time in jail.

Fight at a party leads to shooting, one man injured after