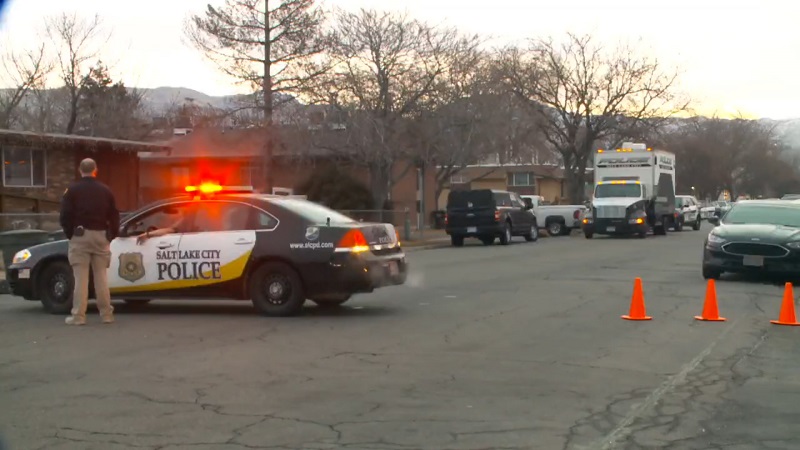 Salt Lake City, Utah — Salt Lake City Police announced Sunday that one man is in custody after barricading himself in a home in the 1000 block of West Sterling Drive.

The call came in to dispatch at approximately 10:30 AM Sunday morning after a passerby was flagged down by the female victim stating she had been injured and threatened by her husband, according to SLCPD.

Paramedics transported her to an area hospital with a non-threatening head injury.

During the patrol officer’s investigation, the suspect exited the home.

After a brief verbal exchange, he went back into the home and barricaded himself inside.

According to responding officers, the victim informed them, that the suspect was in possession of a firearm and had brandished it while making threatening statements to her and her daughter.

The suspect did not initially respond, prompting the on-scene incident commander to request assistance from SLCPD SWAT and SLCPD crisis negotiators.

The suspect exited the home and peacefully surrendered as they arrived.

Utah is the least obese state in the United States