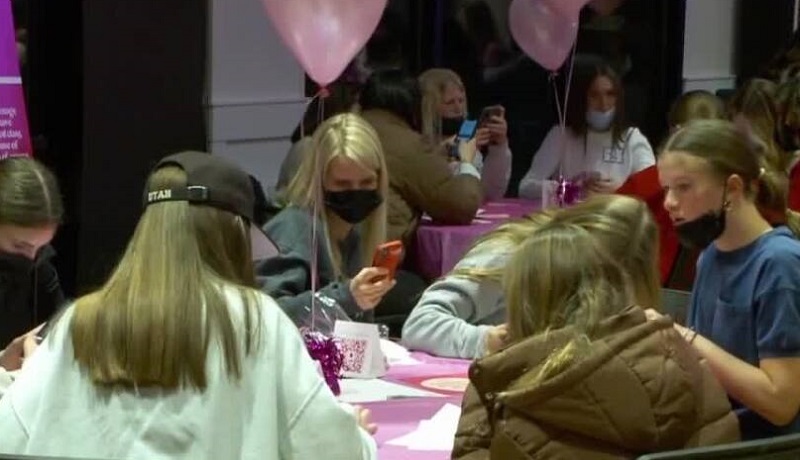 Salt Lake City, Utah — According to some Utah lawmakers, students can teach their colleagues a lesson in young women’s healthcare.

Students from more than 60 public and private middle schools and high schools participated in a series of training events teaching students leadership skills on Tuesday. “The idea is to really help these girls think more broadly about government,” said Emily Bell McCormick, founder of the Utah Policy Project. “And their ability to really participate in government and have a say in the way that their communities are formed.”

Each student ambassador at this event also sent out two letters urging their state senators and representatives to vote in favor of Utah’s House Bill 162. The bill would require all Utah schools to provide feminine hygiene products in certain restrooms in all school facilities.

The bill is the work of Representative Karianne Lisonbee of Clearfield in an effort to end “period poverty.” “We know that period, poverty is a real thing here in the states, including in the state of Utah,” said McCormick. “We know that 7 out of 10 girls have either missed school or know someone who has because they don’t have period products.”

The bill itself is not a new idea. According to the Utah Policy Project, this is the perfect chance for young women to not only fight for their rights, but to see the legislative process in action, and how they can impact the laws in their own communities.

“It’s a chance to really engage the girls in our community in three things,” said McCormick. “First, the legislative process, and specifically with this bill. Second get them feeling like they can use their voice to do these things and be a part of their community and the way that society is formed, and then the last thing is just helping them learn how to speak to people who are in a more powerful position than they are.” The Utah General Session runs until March 4th.