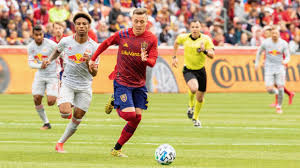 Andrew Peasley drove the Aggies 65 yards for a touchdown on the opening drive of the game, capped by a 4-yard touchdown pass to Jordan Nathan.

The Falcons scored 35 unanswered points, as Haaziq Daniels threw for 127 yards and a touchdown, and rushed for 47 yards and another score, in a 35-7 blowout at Maverik Stadium.

Utah State was coming off its only victory of the year on Thanksgiving Night over New Mexico, but struggled against the Falcons and fell to 1-5 on the season.

“There are two things – effort and execution,” said interim head coach Frank Maile. “The effort was really good by our guys, the execution wasn’t as good. We started out the game really well, I was really impressed by the offense being able to eat up eight minutes on the first drive and finish with a touchdown. As the game went on, it was the same issues. The offense kind of lost their mojo a little bit as far as trying to be on the field and control the clock. Defensively, we had opportunities to get off the field and we couldn’t do it.”

Air Force came into the game averaging just 67 yards passing, but Daniels connected with Ben Peterson on a 49-yard touchdown in the second quarter to break a 7-7 tie. Daniels’ 127 yards passing were a career high.

“It’s Air Force, so you have to be disciplined,” said Utah State linebacker Nick Heninger, who had a team-high 14 tackles. “You don’t win games if you’re 90 or 95 percent disciplined. If you give up a big play, they score. They capitalized on three of those in the first half. I thought we were doing a good job of shutting down for the most part, but we didn’t get off the field on those third downs and that fourth down at the beginning.”

Air Force led 21-7 at the half after a 37-yard touchdown run by Daniels. The Falcons outscored the Aggies in the second half, 14-0, on touchdown runs by Matthew Murla and Brad Roberts.

Peasley finished the game completing 17 of 32 passes for 127 yards, one touchdown and two interceptions. He also led Utah State in rushing with 53 yards on eight carries. The Aggies offense generated just 232 total yards.

“That was the game plan, to be able to control the clock a little bit more and keep the ball away from Air Force,” Maile said. “I thought our defense put these guys in situations they weren’t used to and we allowed them to convert. Bottom line is we left the on the field too long. These guys will eat up the clock, that’s what they do for a living. It just wasn’t good enough tonight. Bottom line is that’s on me as the head coach, and I have to do a better job preparing these guys for the game.”

Utah State will wrap up the 2020 season Saturday, Dec. 12 at Colorado State.

Utah Royals FC moving to Kansas City, but could return to Utah