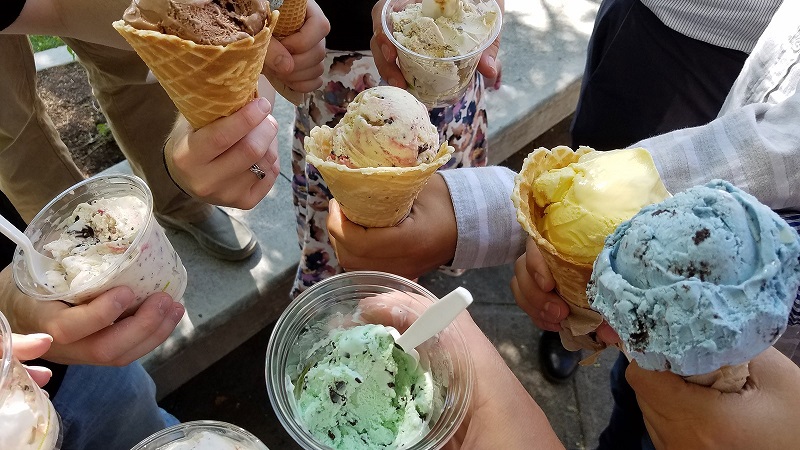 Logan, Utah —Utah State University began are serving up their famous ice cream for 100 years. In order to celebrate the centennial, they’re offering prizes and monthly giveaways throughout the year.

On Friday from 11 a.m. to 9 p.m. at the Aggie Creamery in Logan the Aggie Ice Cream Birthday Bash cones will go for just $1.

Aggie Creamery began a century ago as an ice cream production course and has since become part of USUs College of Agriculture and Applied Science.

Along with the ice cream, the creamery will give away three grand prizes this month: