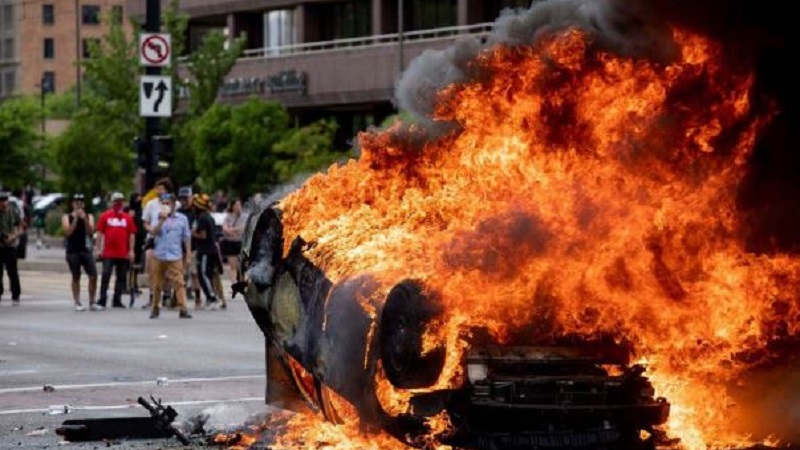 Salt Lake City, Utah —On Friday an airman with the U.S. Air Force was sentenced for lighting a police car on fire during a riot in Salt Lake City in 2020.

After participating in the May 30, 2020 riots that sprung from protests over the death of George Floyd, Larry Raynold Williams was sentenced to 12 months home confinement and 24 months supervised release.

Williams plead guilty to a charge of civil disorder last year after he was seen throwing a lit piece of fabric onto the overturned police car.

He was photographed during the riots wearing an M50 gas mask with markings consistent with those used at Hill Air Force Base.