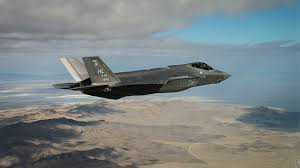 HILL AIR FORCE BASE, Utah, June 9, 2020  — The Air Force will begin large detonation operations at the Utah Test and Training Range beginning Tuesday and lasting through the end of September 2020.

The detonations will occur two or three times a week and involve destroying the rocket motors and solid propellant of Air Force and Navy ballistic missiles, said a news release from Hill Air Force Base. This is being done to eliminate aged propellant and as part of international treaties to reduce the number of ballistic missiles.

“Detonation is the best environmental method for disposing of these large rocket motors and propellant,” said Michelle Cottle, the environmental branch chief for the 75th Civil Engineer Group. “Since 2012, more than 300 rocket motors have been destroyed at the UTTR.”

Before each large detonation at the UTTR — those involving more than 10,000 pounds of net explosive weight — the Air Force takes atmospheric readings to check wind speed, direction and other factors, and enter them into a sound model to determine if conditions are acceptable for a large detonation.

If the model predicts that noise is going to be louder than permitted levels at locations along the Wasatch Front, the detonations are delayed. The detonations are typically done between May and October when weather conditions are most favorable.

“The UTTR is the only location in the United States capable of destroying these missile motors,” Cottle said. “We do everything possible to do this work without adversely affecting those around us.”