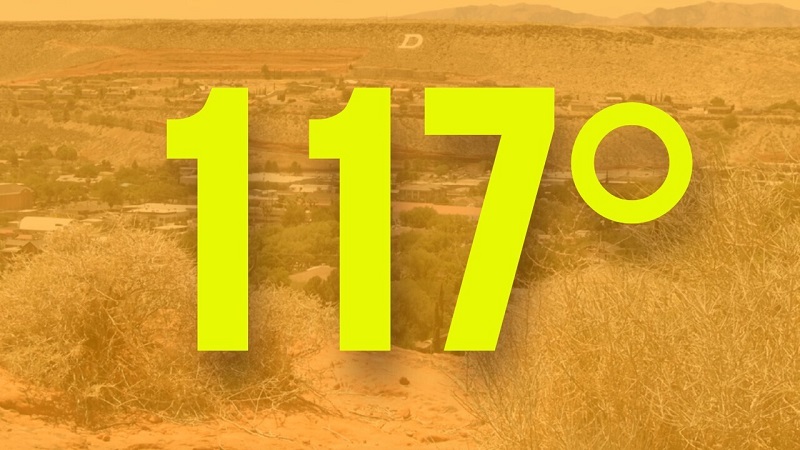 St. George, Utah — According to an official review released Friday, the 117 degree temperature measured in St. George on July 10, 2021 tied the mark for highest-ever recorded in Utah.

Higher temperatures measured in the area were discarded, including a reading of 120 degrees from the roof of a nearby building because “it wasn’t representative of the environment,” the report said.

The previous mark was also set in St. George on July 5, 1985, according to the committee.

According to the National Weather Service, incredibly enough, the record occurred within 2.5 miles of each other.