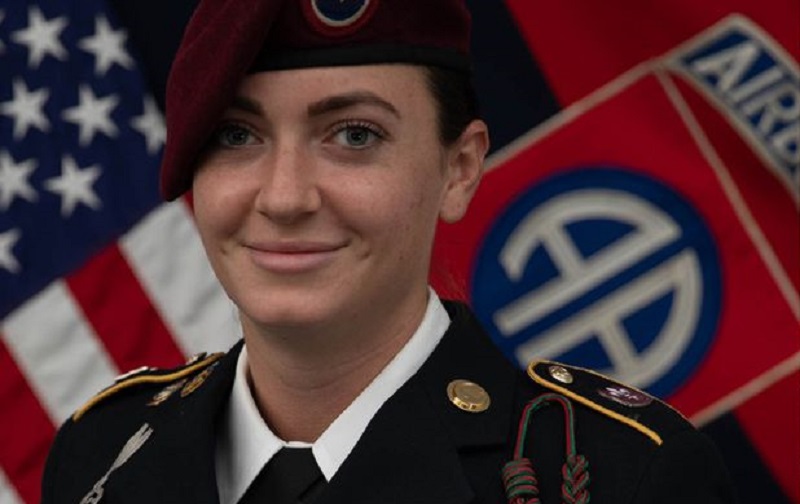 She serves with the U.S. Army’s 82nd Airborne Division.

Sgt. Jessop and the rest of the 82nd Airborne Division were called to support noncombatant evacuation operations at Hamid Karzai International Airport in Kabul, Afghanistan in the fall of 2021.

Jessop “used her ingenuity” and made sure 4,000 U.S. military personnel and coalition forces had access to basic hygiene items when resources were limited, according to the USO.

Following the events in Afghanistan, Jessop also managed an orphanage formed due to the increased number of unaccompanied minors.

According to the USO, she led the mission to help children anywhere from 7-days-old to 17-years-old and ensured the protection of over 400 displaced children.

“She not only protected the well-being of these children but also protected their dignity as human beings,” the USO said. “Jessop displayed devoted and selfless leadership under duress, carrying out military operations as well as humanitarian efforts. Her work left an indelible mark on the evacuation mission of American citizens and designated Afghans.”

Greyhound bus with 37 passengers crashes on I-70