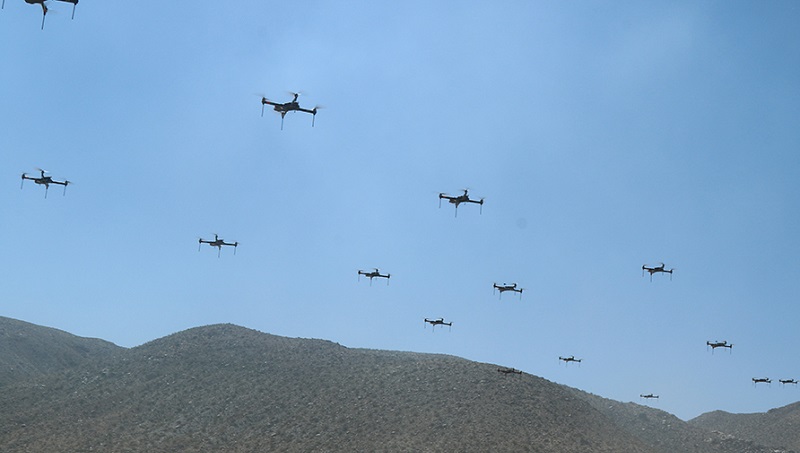 Salt Lake City, Utah – Later this month, the US Army plans to deploy a swarm of up to 30 tiny drones networked together over the Utah desert, as part of an international exercise.

From April 25 to May 12, the swarm will be the largest collection of drones the Army has ever tested and will launch at the Army’s 2022 Experimental Demonstration Gateway Exercise at Dugway Proving Ground near Salt Lake City.

Major General Walter Rugen, head of the Army’s Future Vertical Lift Cross-Functional Team, told The War Zone in a recent interview, “I think what you’re going to see is an expansive use of electronic warfare and expansive use of our interactive drone swarm. We feel like we’re going to be flying the largest interactive drone swarm ever in partnership with DARPA and our science and technology experts out of Aviation and Missile Command.”

According to the military blog, the drones will be launched from planes, ground vehicles, and ground personnel, then networked together as they fly toward an assault landing zone. The swarm will concentrate on the target area, use infrared sensors and electronic warfare payloads to detect signals, locate enemy positions, and transmit that information back to command posts and manned assault aircraft.

According to an Army Spokesperson, the swarm’s drones will have either passive or active capabilities. They will carry infrared imaging cameras or sensors capable of detecting hostile electromagnetic signals, such as those from communications systems and radars, electronic jammer devices, or a warhead to strike enemy positions directly.