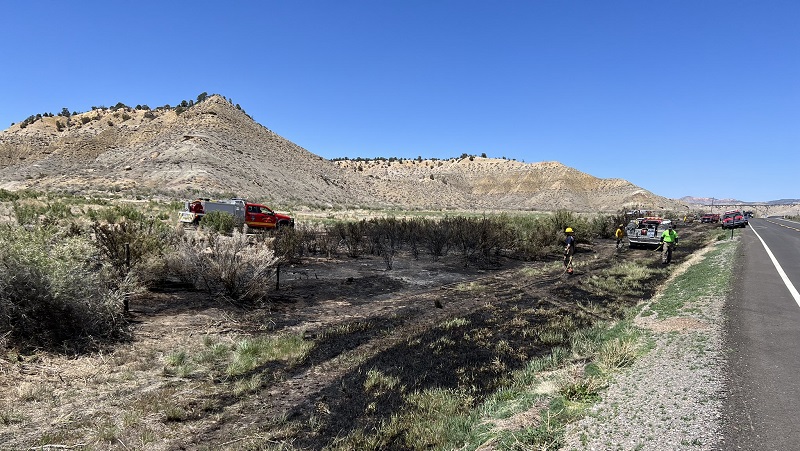 Garfield County, Utah – About ten fires were ignited in a 7.5-mile stretch along Highway 12 in Garfield County on Wednesday afternoon, fire officials said.

According to officials, the fires were started by a vehicle unintentionally that was driving down the road, but the exact cause is still under investigation.

At about noon on Wednesday, Tropic Volunteer Fire Department was initially called out for a brush fire just south of the town of Tropic.

They were made aware of another fire north of the town, while a crew was on the way to the fire.

In total, 11 fire trucks helped respond to the fires. According to officials report, the approximately ten fires spanned 7.5 miles through the town of Cannonville.