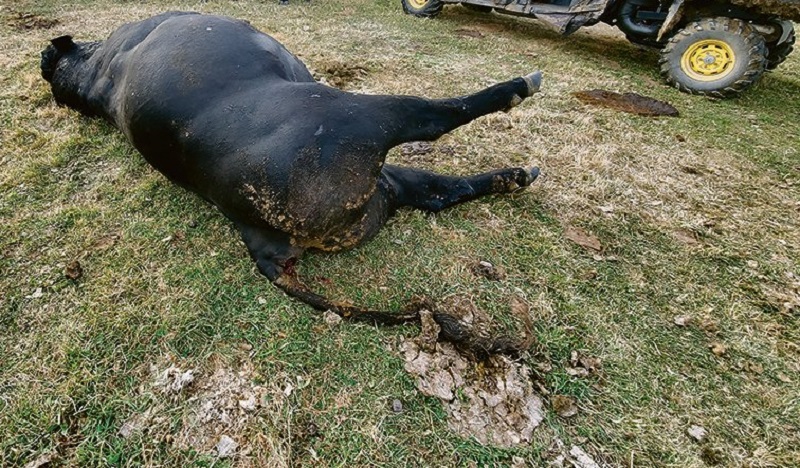 Eagle Mountain, Utah — An Eagle Mountain rancher is upset after he discovered one of his cows was shot and killed.

Last week, three other cows died on his property and although he initially thought they died due to illness, now he thinks they may have actually been shot.

“It’s a pretty sad state of affairs when they are so emboldened to do something like that,” the owner of the cows, Bart D. Berry, said. “The sad part is three of them would have had calves in a week or two. So they actually killed six.”

On Thursday, Berry discovered the cow by a drinking trough. According to Berry, the economic impact of four dead cattle is huge, especially as prices for everything continue to increase. “They have no concern for others only themselves,” Berry said. “It’ll have a big impact on our operation,” he continued.

He reported the incident to the Utah County Sheriff’s Office, and now officials are asking that anyone with information come forward. “For whatever reason, people are shooting our cows, we’re gonna do what we can do to find out who it is to prosecute them,” said Berry. “We’re taking measures to protect ourselves and try and capture him on camera.”