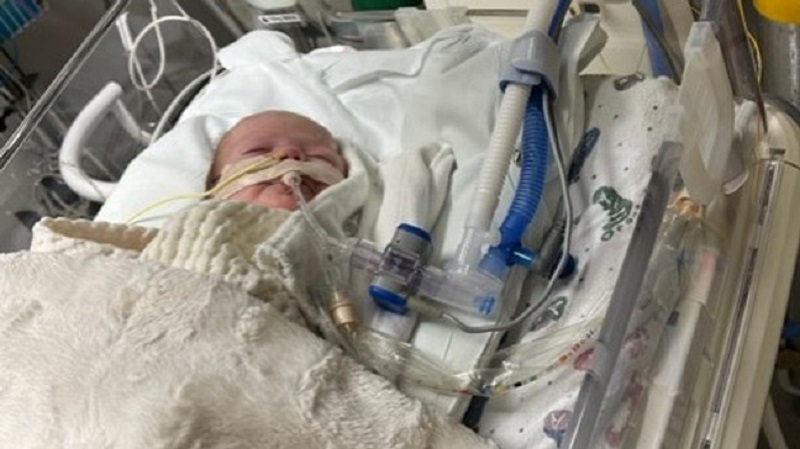 Utah – During her short life, a 2-month-old baby girl has spent more time in the hospital than at home.

Jenny and her husband adopted Stevie, drove to Texas to pick her up, and brought her back to Utah. She was born prematurely on Nov. 12, 2021, and has suffered several health issues. “It’s just been an emotional rollercoaster of excitement and fear and everything,” Jenny said.

While at home, last Monday, Stevie stopped breathing. “She just continued to look more and more grey, like, that’s the only color. It wasn’t blue — she looked really life-less, and I actually thought she was gone,” Jenny said.

Once at the hospital, Stevie tested positive for COVID-19.

According to Jenny, she has an underlying diaphragm issue that could have caused her breathing to stop, but said the doctors believe COVID-19 may have caused it. “They’ve done a ton of tests on her, and they just think it was COVID,” Jenny said.

Stevie’s health slowly declined to the point she needed a life-support machine to keep her alive for four days. “We weren’t sure if she was going to make it, and she’s not on it anymore, but it was really scary on Wednesday. We thought we were going to say goodbye to her,” Jenny said.

According to Jenny, she is close to finally going home.

“She’s a fighter,” Jenny added. “I’m going to tell her she’s so strong, and I’m never going to forget this experience.”

Due to COVID-19 Hamilton postponed in SLC