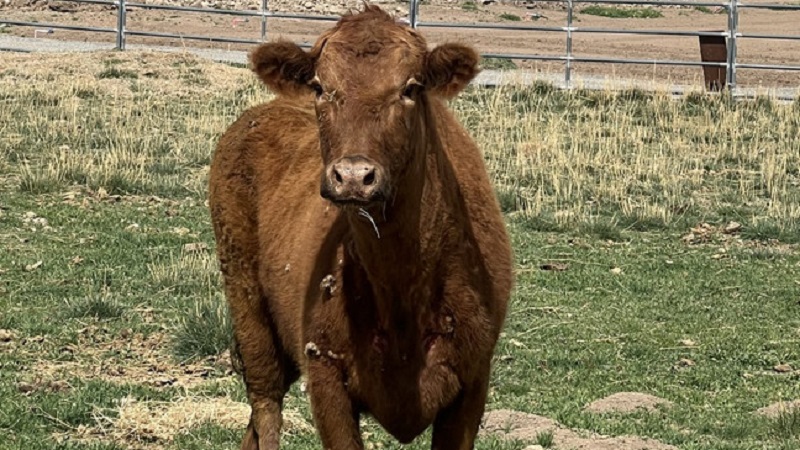 According to the sheriff’s office, on Friday they had found Reba, a female Hereford cow, about two weeks ago in Benjamin, and have been unable to locate her owners.

Officials announced plans to offer Reba as part of a sealed auction, which lasts until Tuesday, April 22.

The Utah County Sheriff’s Office will accept the sealed bids at their office at 3075 North Main Street in Spanish Fork or at the South Utah Valley Animal Shelter, located at 582 West 3000 North in Spanish Fork.

Only sealed bids will be accepted and must include the bidder’s name, current phone number, and the amount you are bidding for Reba, officials warn.

By calling Central Utah Dispatch at (801) 794-3970, potential bidders can schedule an appointment and, can meet Reba in person ahead of time.