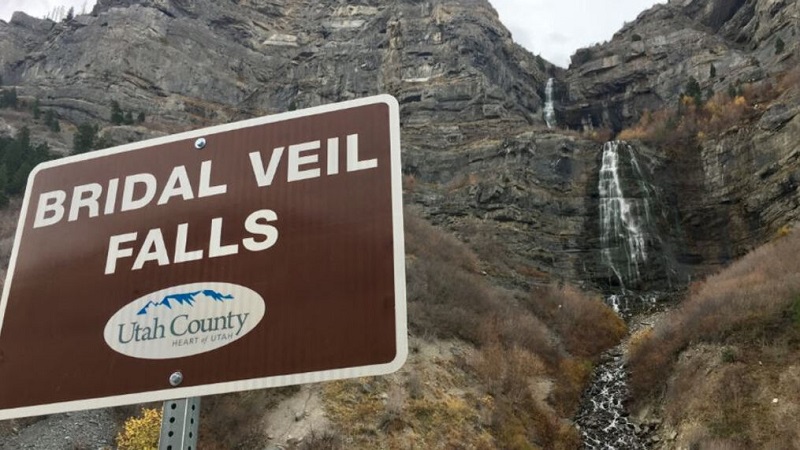 Salt Lake City, Utah — After a bill to make it happen passed out of a House committee Wednesday morning on Capitol Hill, Bridal Veil Falls is now a big step closer to becoming a state monument.

With everyone in agreement that the jewel of Utah County and the state needs to be preserved and upgraded, the bill passed unanimously.

According to the bill’s sponsor, Rep. Kevin Stratton, he had spoken with several stakeholders on the issue, and just about everyone agrees that there is a need to improve the trails, sanitation, and safety in the area. Lawmakers know how popular the falls are and there are concerns that it is getting “loved to death” in terms of overuse.

“Some of the most common comments we got in the study, and feedback from all these folks was, they want it protected! They don’t want it overdeveloped and they want to remain free as it is currently right now, and that last comment is the one we heard loudest and clearest from Utah County,” said Utah State Parks Director Jeff Rasmussen.

“We have an opportunity here to make something magnificent with Bridal Veil Falls; to make it someplace people will drive six hours out of their way to see.
And little girls can get proposed to at the top like they dream when they were little,” added Mara Hammer, who supports the legislation.

People do not want commercial development, concessions or fees, along with safer conditions.

The old tram was destroyed in an avalanche back in 1996 and had to be completely torn down from the area.

According to the bill sponsors, it’s possible, but not likely, and it would depend on agreements between the county, state and forest service.

The bill now moves on to the consent calendar of the Utah House of Representatives, after passing out of committee.