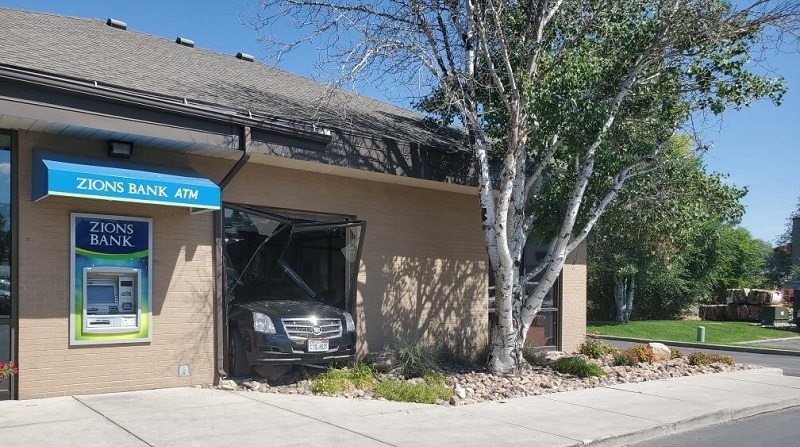 Tremonton, Utah —After the driver apparently lost control, a car crashed into a bank in Tremonton Monday.

The accident happened at a Zions Bank location located at 340 E. Main Street shortly before 4 p.m.

A 77-year-old woman, told police she hit a pole while trying to avoid another car, then as she was backing out from the pole, she accidentally accelerated and crashed into the side of the building.

According to police, she was stuck in the car due to the debris from the crash, but she was not injured, and neither was anyone else.

They do not believe the driver was impaired, but they are looking into a possible medical episode that they say could have contributed to the crash, officials said. She is not being cited.