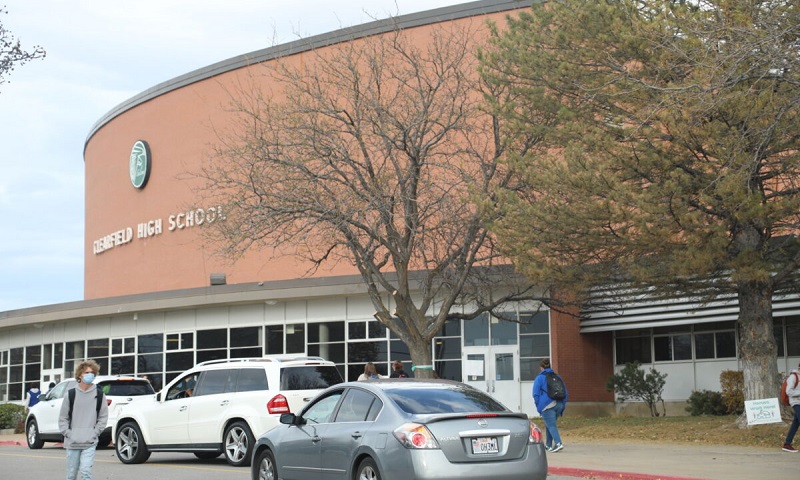 Clearfield, Utah – Following an incident in which he left a threatening voicemail on a student’s phone, a teacher and coach at Clearfield High School has reportedly been placed on administrative leave.

The physical education teacher Don Eck, left a message for a player who had quit the team. The voicemail was shared on a Facebook page and then deleted, according to the report. School administrators put Eck on leave late last month after hearing the recording.

Eck’s voicemail to the player allegedly contained the following messages:

“Hey, give me a call when you can. I want to meet with your parents, man, ’cause I keep hearing your mom’s putting all sorts of s___ on social media talking s___ about the coaches here and I’m gonna put a stop to that, bro.”

“What they let you do, quitting on your teammates, is the most selfish thing I’ve seen in all my years of athletics, and I’ve been around a lot of players.”

“But by them letting you f______ quit on your teammates and go into this game shorthanded like we did is the most despicable thing I’ve ever seen in all my years of coaching, and I want to let both your parents know that and I want to tell them face to face, so call me back so I can set up a meeting with your parents. Thanks, bye.”

The physical education teacher, who was the head coach at Corner Canyon High School before moving to Clearfield, has reportedly met with district officials during his leave as they investigate other allegations regarding his conduct.