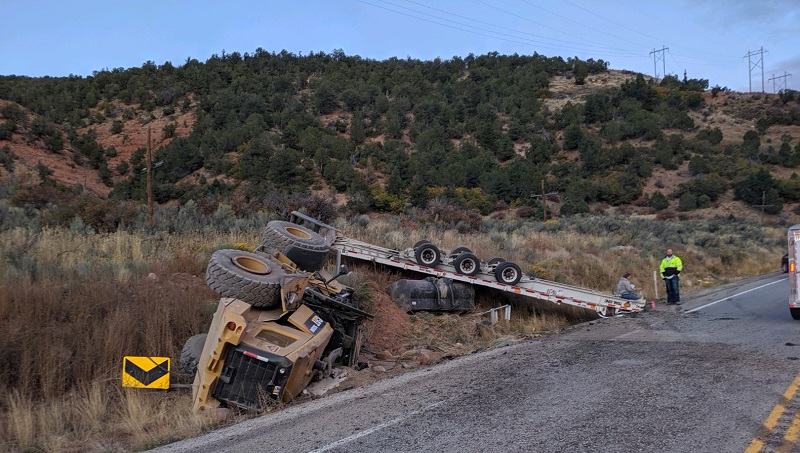 Spanish Fork, Utah — After a single-vehicle crash involving a box truck Both directions of US Highway 6 were closed in Spanish Fork Canyon.

The crash happened around 4:30 p.m. Friday near mile marker 193 near Sheep Creek.

According to Trooper Mikki Vargas with the Utah Highway Patrol, no injuries were reported, but crews had difficulties removing the truck from the roadway.

Traffic was alternating between one lane of traffic as crews cleared the scene.

The road was reopened around 5:15 p.m. Details about the exact cause of the crash were not available.

Motorcyclist injured after hitting e-scooter lying in the road