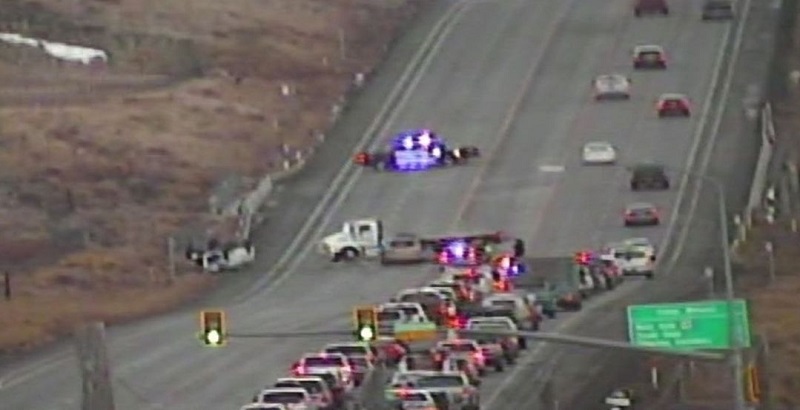 Lehi, Utah — A child had to be taken by helicopter to the hospital after a crash on Redwood Road on Thursday.

According to Lehi Police Sgt. Robert Marshall, it appears a white Dodge Ram truck was traveling north when it may have crossed the center line into oncoming traffic.

According to Marshall, the minivan was carrying a woman and three children.

He said the woman was also injured and transported to the hospital.

The third child – a toddler – was in a child seat and did not sustain any injuries.

According to Marshall, the driver of the truck had minor injuries and was transported to the hospital in a private vehicle.