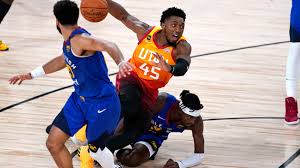 According to ESPN, Mitchell, 24, was acquired by the Utah Jazz with the 13th overall pick during the 2017 NBA draft, and the Jazz has made the Western Conference playoffs in each of his three seasons.

2News has put in calls to the Jazz organization to get independent confirmation of the extension.