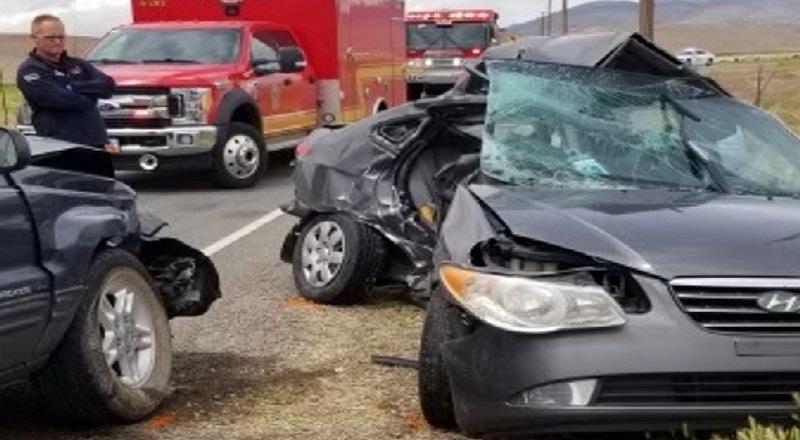 A passenger car with one woman driver and one boy passenger traveled southbound on State Route 68 at milepost 12, UHP said.

According to UHP, the car went off the roadway and crossed into southbound traffic, where a Jeep T-boned the car on the passenger side.

Medical crews performed first aid to the woman driver, but she passed away due to her injuries. The boy passenger passed away on impact. The Jeep had a man and woman transported to the hospital with non-life-threatening injuries.

According to Utah Highway Patrol, speed was the main cause of the crash.