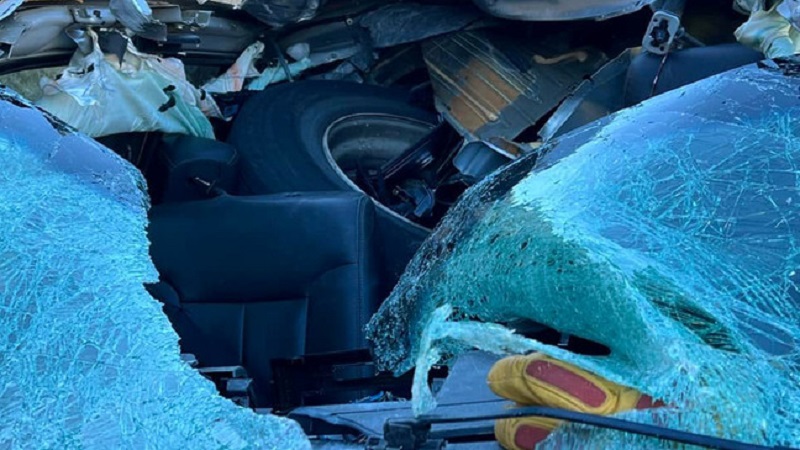 Emory, Utah — After a freak accident on I-80 in Summit County on Sunday, a driver is lucky to be alive.

A semi-truck was traveling westbound on the freeway in the area of mile marker 177 in Echo Canyon when it lost a wheel, according to the Park City Fire District.

According to authorities, the wheel rolled into oncoming traffic and hit a pickup truck. The driver ducked to his left just as the wheel struck his vehicle.

“Another few inches would’ve been a different story,” the PCFD posted to its Facebook page.

The semi-truck driver’s condition wasn’t immediately known, but photos from the scene appear to show the tractor-trailer stopped in the road.

Sunday afternoon, crews were on the scene clearing the crash.