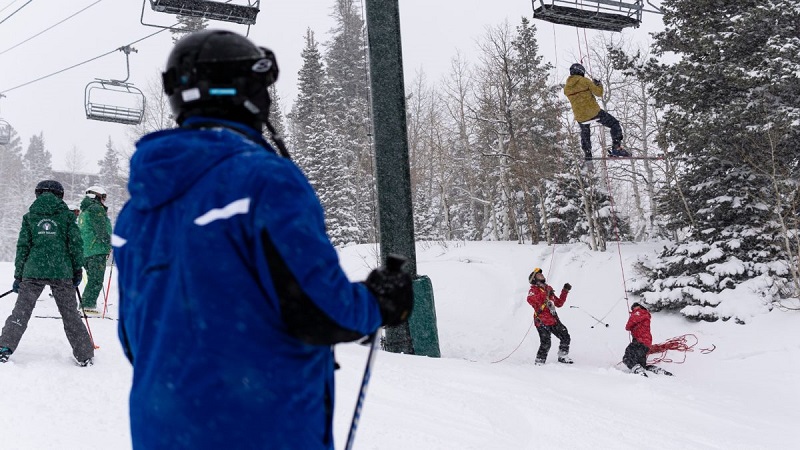 Park City, Utah —A ski lift at the Deer Valley resort was evacuated Friday, forcing crews to bring down hundreds of skiers one by one.

The Carpenter Express Chairlift experienced a “mechanical failure” at 2:38 p.m., according to resort officials.

As of 5:20 p.m, 167 skiers were evacuated during the operation that had been completed as the skies darkened.

“People seemed to be much more calm than I would have expected,” said Sophie Park. “I wasn’t able to get super close, I wanted to give them space because I am sure they were pretty rattled. I think if anything they were just focused on getting down it seemed and the spectators.”

“Deer Valley ski patrol was amazing during the evacuation and handled it well from what I saw early on,” Jamie Schapiro tweeted.

The lift malfunction was extremely rare, according to those who work on the slopes.

”To do an evacuation like that is not typical … I mean we have incidents where lifts will fail mechanically, but we can generally work our way through them because there are multiple redundancies,” said volunteer ski patroller Kameron Were.

The resort’s mountain operations staff are currently unable to get the chairlift moving again.

“We sincerely apologize to our guests who were impacted by the chairlift failure today and thank them for trusting us to make the best decision for their safety by implementing our evacuation procedures. To our staff that were involved in getting everyone off the chairlift safely, your efforts today were heroic. Your dedication, experience, and training for situations like this were apparent in your gallant effort today. We cannot thank you enough for all you did today, and every day,” the resort said in a statement.