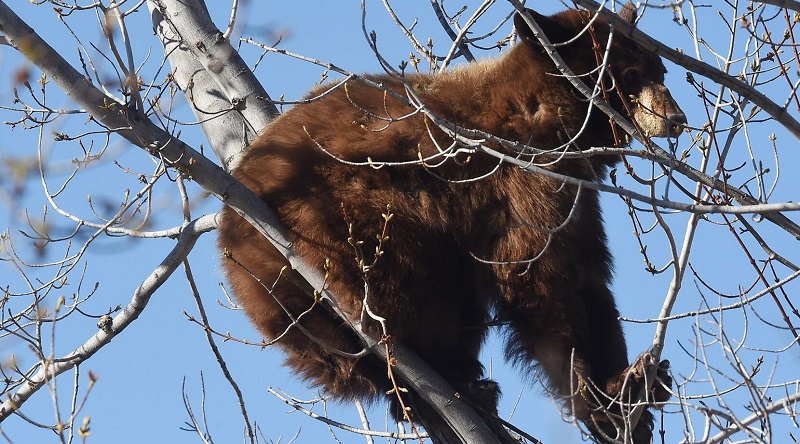 Richfield, Utah — A bear climbing a tree in Richfield last week drew lots of attention. This was not the first time the bear had ventured near humans.

According to the Utah Division of Wildlife Resources, the bear had to be destroyed since it had become a persistent nuisance.

“The bear was euthanized because this was its third time going into towns. It had originally gotten into a dumpster twice in Escalante. Then we relocated it, and it came back to Escalante and got into that same dumpster,” Faith Jolley, DWR public information officer, said.

Later, the bear was relocated once more. It made a long loop, covering several hundred miles, which the DWR was able to follow because of the bear’s GPS collar, which had been fitted during the previous instances. The bear then ended up in Richfield last week.

“She kept going back to human developments and was becoming habituated, which can cause public safety concerns,” Jolley said.

The bear was confined in the tree it was spotted in by area law enforcement officers and DWR personnel until it could be tranquilized and removed. Once it was moved to a remote area, Jolley said it was euthanized.

The bear’s arrival in town did not result in any injuries.