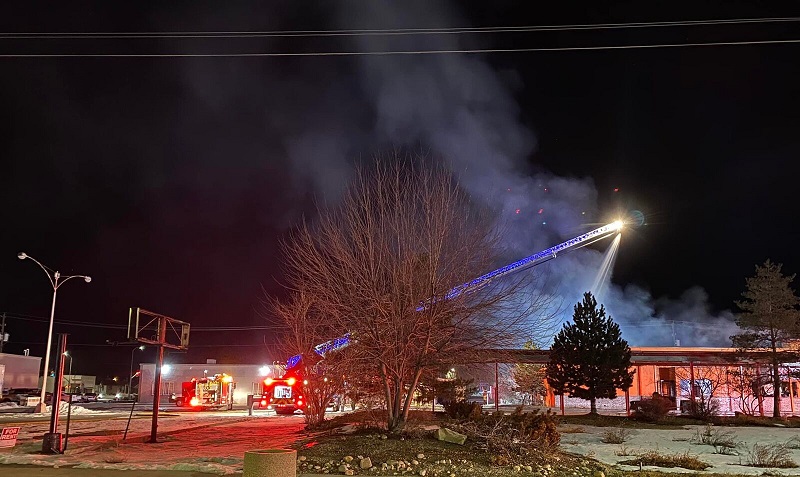 Price, Utah – According to authorities, on Saturday, fire crews responded to a fire at a restaurant in Price.

According to Price City Fire Department Chief Fitzgerald Petersen, dispatch received a 911 call about the fire at approximately 2:55 a.m.

Fifty firefighters from three agencies — Helper, Wellington, and Price — responded to the scene.

Upon their arrival, authorities found the roof of the restaurant collapsed, Petersen said. No injuries were reported.

According to Peterson, the building is a total loss.

According to Price City Fire Department, the incident is under investigation.

The Asian Bistro is opened for business in November 2021.

I-80 in Parleys Canyon temporary closed