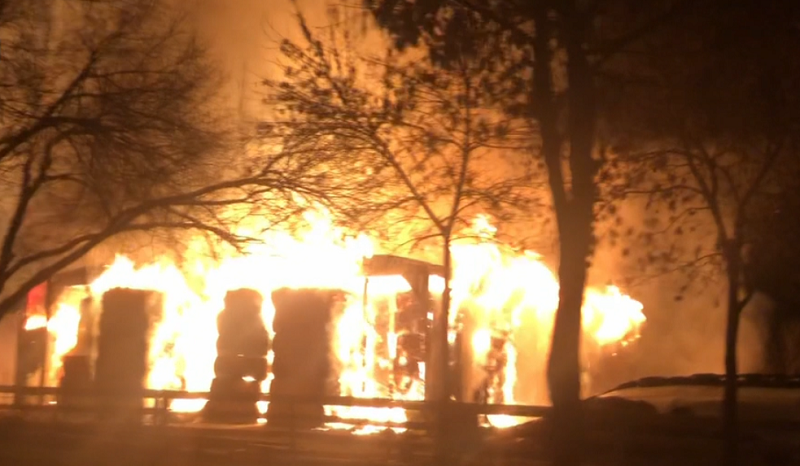 Cornish, Utah – After a haystack fire at their farm caused hundreds of thousands of dollars in damage, the Cache County community is rallying behind a Cornish family.

Saturday evening, the fire broke out inside a barn at the Creech Dairy Farm. Over 650 tons of hay went up in flames.

The fire then spread to another nearby barn burning straw, equipment, and cattle feed. The initial estimate of damage exceeds $350,000.

According to Nick Creech, the fire was put out just in time before reaching 25 baby calves that were within 35 feet of the barn.

“They were already burning, they were so hot.” Nick Creech said. “Everybody got them away because if it had been five minutes, they would have burned to death.”

According to Colton Creech, since Saturday, neighbors and other farmers have shown up to help clean up or donate hay. The devastating fire damage comes in the midst of a hay shortage, with hay prices tripled because of the drought.

“Just tonight we had a truck of 40 tons of hay that arrived on-site. People wouldn’t let us pay for them. It’s all being donated,” Colton Creech said. “In a situation like this where we’ve lost everything, you really need everyone.”