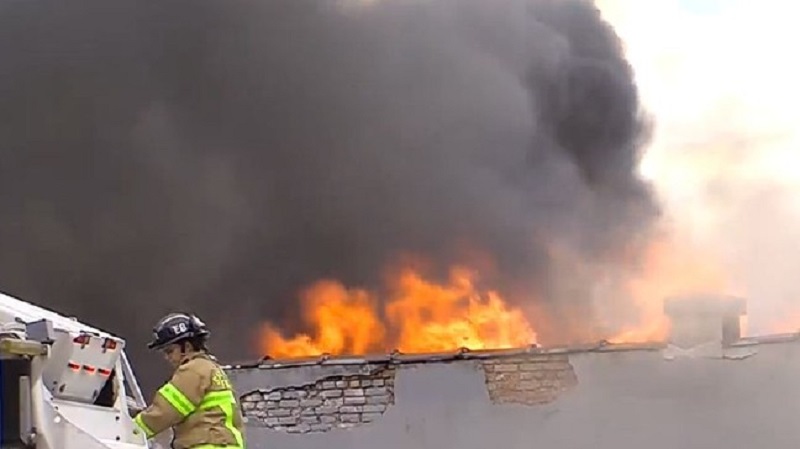 Salt Lake City, Utah — A fire broke out at a sign-making business in the area 1900 South 900 West early Saturday morning.

Fire crews responded on the scene before 3:00 a.m., finding heavy smoke coming out of the building, according to Salt Lake City Fire officials.

Flames could be seen coming out of a roof vent, prompting them to pump water to the roof and down the vent in order to make it easier to access the building.

From there, they were able to knock down the flames and keep them from spreading to any adjacent buildings.

As the business was not open for business no one was injured in the fire. An investigation is ongoing.

Small fire breaks out at University Mall in Orem