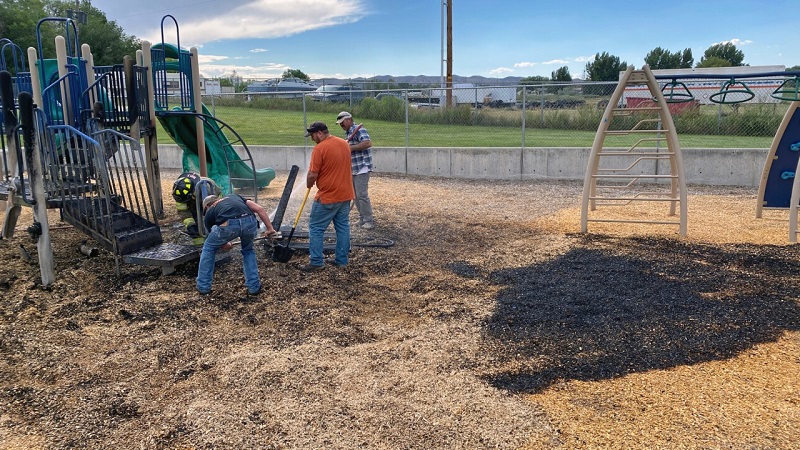 Naples, Utah — A playground at an elementary school in Uintah County was damaged by fire just two days before kids were scheduled to return for the new year.

According to an announcement from the Uintah School District, the playground behind Naples Elementary School, located just east of Vernal, sustained “substantial” damage in the fire that was sparked Monday afternoon. Firefighters were able to put it out, but the main play structure was still heavily damaged, district officials said.

The school’s first day of the 2022-23 school year is Wednesday, so no students were there. Teachers and other school employees who were in the building for training were safely evacuated out the front doors, and nobody was injured. Investigators determined that the fire was accidental and was caused by “a school maintenance project that took place on the playground earlier in the day.”

However, the exact nature of said maintenance project or how exactly it started a fire on the woodchip-laden play area was not stated. “The maintenance worker who completed the project stated that he saw no smoke or signs of fire when he finished the job,” the school district’s statement read. “School surveillance video supported his statement, showing the fire starting hours after the work was done.”

The structure will need to be replaced, and the damage was estimated at $70,000.

According to the district, Naples Elementary School administrators will develop a plan for how to handle recess, as well as a way to prevent kids from being able to access the scorched playground.