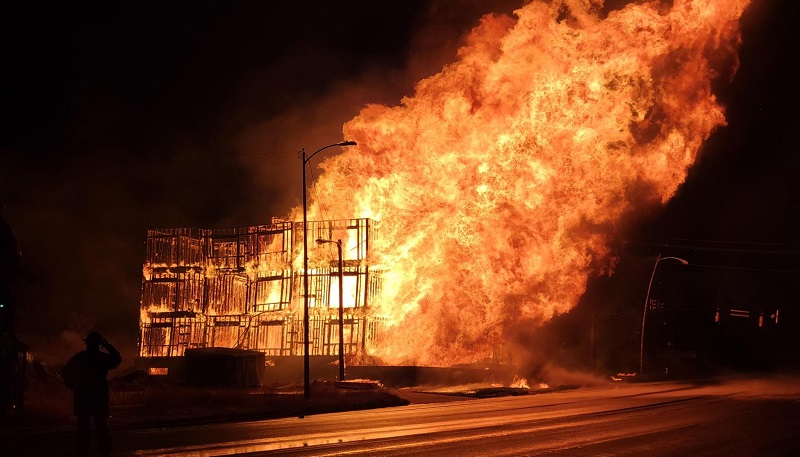 Ogden, Utah — According to Firefighters, a three-story apartment building that was under construction is a total loss following an overnight fire.

Just after 12:30 a.m. Saturday Crews with the Ogden Fire Department responded to the 3400 block of Washington Blvd. and found the building fully engulfed.

Firefighters were able to contain the flames to the building but signs and landscaping at surrounding businesses were damaged due to the excessive amount of heat produced by the fire.

No injuries were reported and investigators are working to determine the fire’s cause.