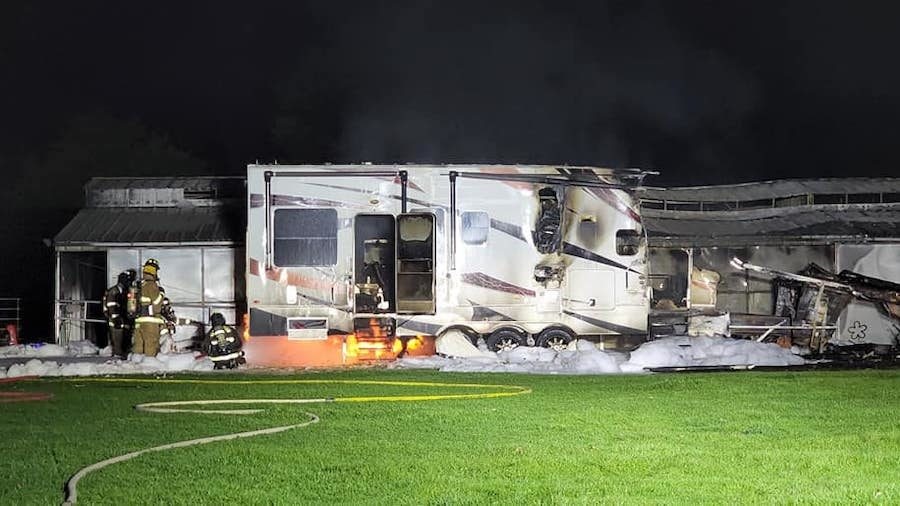 Kaysville, Utah — Early Tuesday morning, a camping trailer caught fire in Kaysville, with flames spreading to a nearby barn.

Just before 1 a.m., firefighters responded to the area of 200 North and Flint Street.

While crews were responding, the caller reported the fire had spread into the barn and set some hay on fire.

Firefighters were able to quickly extinguish the initial fire, but flames reignited during salvage and overhaul operations, causing an extended scene time.

Smoke may be visible in the area throughout the day as crews work to fully extinguish the hay fire.

Investigators were working to determine the fire’s cause.

Crews from Kaysville, Hill Air Force Base, Layton, and Farmington assisted in the response.