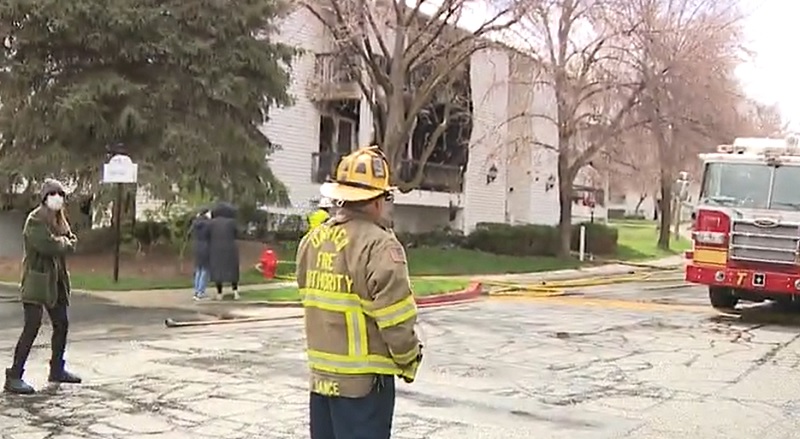 Millcreek, Utah — On Friday morning the Unified Fire Authority responded to an apartment fire in Millcreek.

The fire was located at approximately 600 East and 4000 South.

After the call was placed at 10:40 a.m., three different agencies responded.

According to initial reports, a person was trapped inside the apartment, but firefighters found no one inside and the fire was put out within 20 minutes.

While one person suffered from minor smoke inhalation, no first responders were injured during the fire.

According to officials, an investigation into the cause of the fire is currently underway.