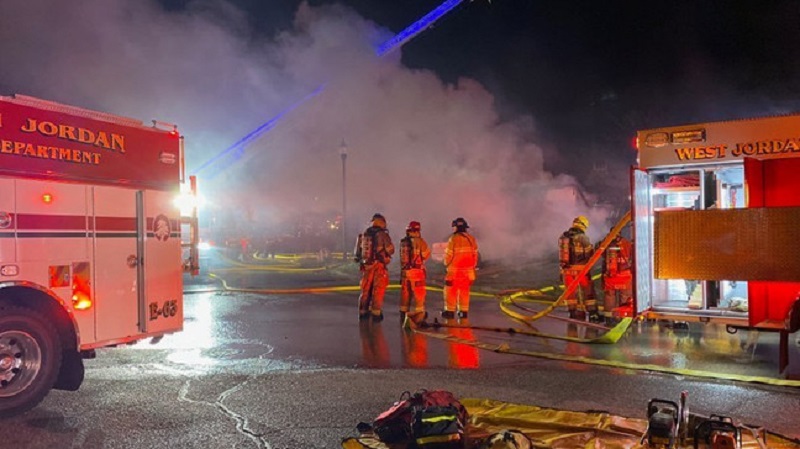 The fire occurred in the area of 8500 S Susan Way, where two fire alarms went off, officials said.

According to officials, two mobile homes and a detached garage are a total loss.

At the time of the accident, there were no occupants found in the homes, officials said.

The cause of the fire is still under investigation.