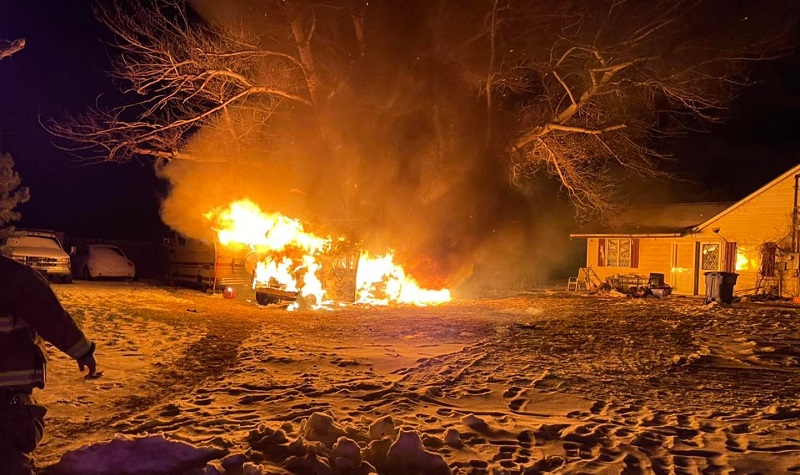 At 06:35 a.m. Stockton Police and Fire Departments responded to a call about the fire.

Stockton Police were able to confirm that everyone who was inside had made it to safety.

“We know that a lot of people are in hard times and that that may be their only resource or only shelter,” said The Stockton Fire Chief Huffman. “So, just to be vigilant about making sure that they’re running their heaters off of proper electrical sources.”

“We believe an electrical component, we had a lot of extension cords on the ground going back to the house with alternative heat sources there,” Chief Huffman added.

As it spread to a neighboring tree, the fire departments of Stockton, Rush Valley, Tooele City, and Tooele Army Depot all responded to battle the blaze. Thanks to the efforts of the fire services, the fire was put out before it spread to adjacent buildings.

The fire’s cause is still being investigated.