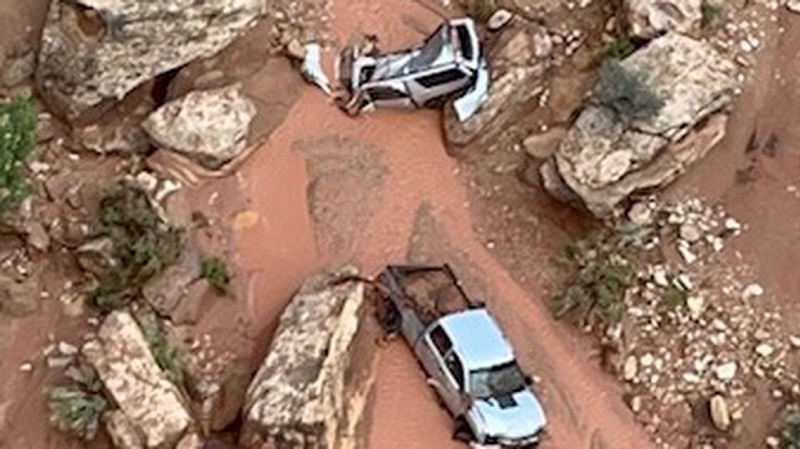 Wayne County, Utah – Due to flash flooding that occurred Thursday, some roads in Capitol Reef National Park will remain closed until further notice.

According to park officials, floodwater covered roads with debris, and several vehicles were swept away.

The flash floods also stranded a number of visitors, and six of them had to be hoisted to safety via helicopter. There were only minor injuries reported among these individuals and others who had to be rescued. Deputies and search-and-rescue crews from Wayne County assisted park staff in these rescues.

According to park officials, as of Friday afternoon, Scenic Drive, Grand Wash, and Capitol Gorge will remain closed until they are safe to reopen. There was no estimated time frame for Scenic Drive, and the other two roads are expected to remain closed for “several days at least.”

“Monsoon season has started, thunderstorms can develop quickly causing dangerous flash floods,” the park wrote in an announcement Friday. “Always check the weather forecast and avoid canyon areas when storms threaten. Thunderstorms continue to be forecast through the weekend and more flash flooding could be likely.”

These companies vow to cover employee travel expenses for abortions