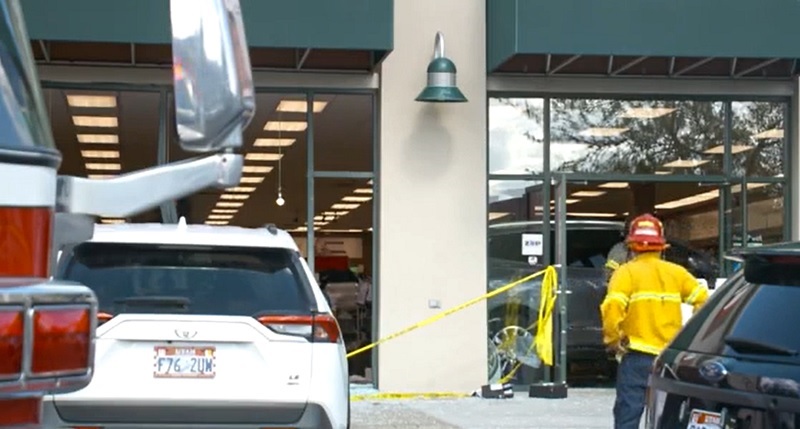 Four people were injured in the incident, including the driver of the SUV, police said.

One woman is in the hospital in critical condition after she was trapped underneath the vehicle, police report. A mother, who was 21 weeks pregnant, and her 7-year-old daughter also suffered minor injuries, Salt Lake City police said. The mother picked up her child and moved her out of the way so she wouldn’t get hit by the vehicle. The driver of the SUV, an 81-year-old woman, also has minor injuries.

“I was standing in the salon, and it was a huge boom,” said Jacques Richards, who witnesses the incident. “I thought it was an earthquake. And then as I was looking out the door, I could see glass spraying out of the window into the parking lot.”

According to police, the initial investigation appears as though the driver thought she was pushing the brake when she actually accelerated, causing her to crash into the store. The driver did stay at the scene and is cooperating with the investigation, officials said.

“When you’re at work, you don’t expect a car to come right through your window,” said Hannah Tycksen, who witnessed the crash. “She just went straight through the window and exploded. We felt like the whole building shake.”

An investigation is ongoing in order to figure out what happened.

Residents come together for those evacuated during Deuel Creek Fire