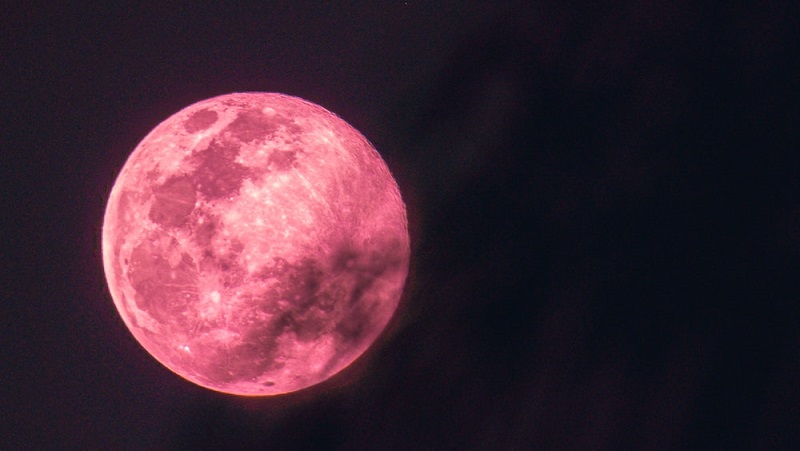 According to NASA, full peak of the pink moon will take place Saturday at 12:55 but actually began appearing early Friday morning. It will continue to rise through early Monday.

According to the Almanac, the “Pink Moon” got its name because it often corresponds with the early springtime blooms of creeping phlox, a flower native to northern and eastern North America. The Pink Moon is the Old Farmer’s Almanac nickname for April’s full moon.

NASA notes that April’s full moon is also sometimes referred to as “the Sprouting Grass Moon, the Egg Moon, the Fish Moon, the Paschal Moon.”