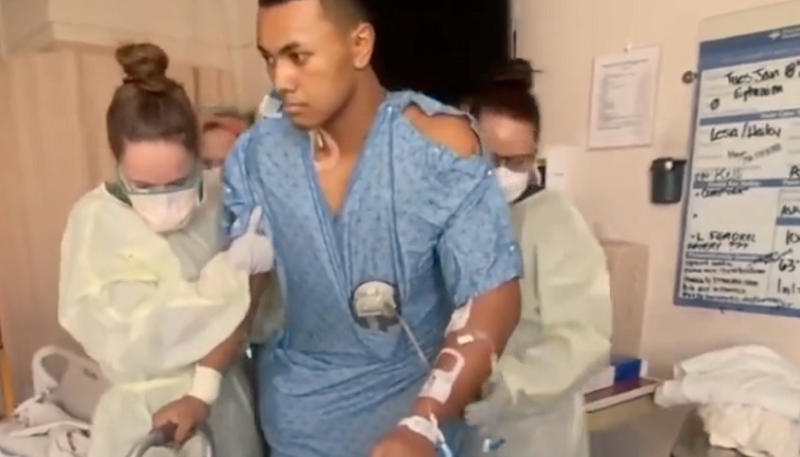 After the shooting last week that left two other teens dead, Ephraim Asiata has been recovering.

Asiata’s father, Matt, appeared from his son’s hospital room for a short time to thank everyone for their support and the money raised for their family.

The event started at 6 p.m. and will continue through 6 p.m. Friday.