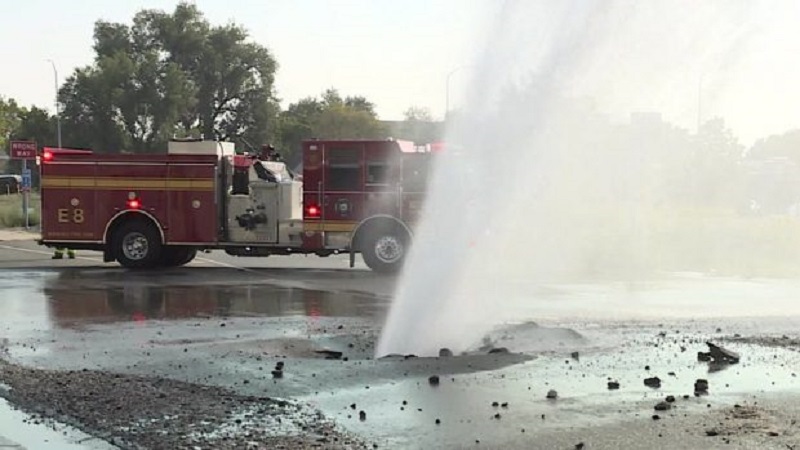 Salt Lake City, Utah — The main water line that broke in Salt Lake City, just in time for the evening commute. It shut down the 900 South off-ramp from northbound Interstate 15 at approximately 5 p.m. Tuesday.

According to crews, the break sent gallons of water into the air.

They said they’ll likely be there until at least midnight, making repairs. “I would say it had to be about 20 feet in the air,” said Andy Clark.

One of the drivers living nearby was one of the thousands of drivers trying to exit I-15 at 900 South who ended up being diverted. “I couldn’t tell if it was a water break, or if somebody hit a fire hydrant,” he said.

What he could tell is something was seriously wrong.

Officials with the Utah Department of Transportation sent out a tweet, saying there would be delays.

According to crews, the six-foot hole, busted open by gushing water, will likely take quite a while to fix.

At first, they’ll repair the waterline, and then, the road itself will need to be reconstructed.

Clark said he’s never seen something like this before. “I’ve heard of things like that happening, but it’s usually when pipes freeze, so being this time of year and how hot it is, it was pretty surprising,” he said.

SLC neighborhood temporarily locked down due to domestic violence situation