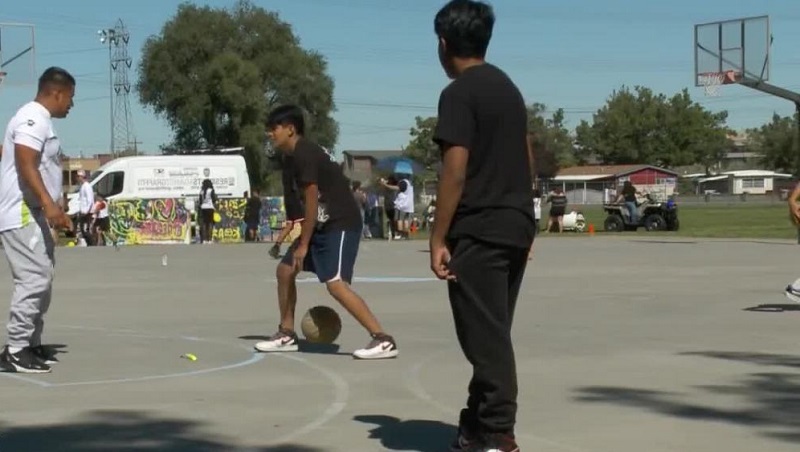 West Valley City — Local organizations are striving to increase knowledge of the effects of these crimes and how to keep children safe in order to assist combat the problem of gang violence in the Salt Lake neighborhood.

“The more that we can educate and raise awareness,” said Andrea Atencio-Valdez with Choose Gang Free, “the more we can attack the problem.”

The group used sports on Saturday to help keep kids off the streets.

An annual 3-on-3 basketball competition for elementary- and middle-school-aged children was held by Choose Gang Free in conjunction with neighborhood partners. According to the organizers, around 100 kids participated.

“Just shows them that there’s other options, if the kids are bored at home, you know, have nothing to do, there’s lots to do with good kids that are running around that want the same things. They don’t have to follow bad influences,” added Vega.

The intention is to increase public awareness of gang violence and provide families and children with constructive outlets so they can find purpose in their life.

“We are seeing kids being recruited by gangs younger and younger. Fourth, fifth grade, we’re seeing kids exhibit those at-risk gang behaviors and being pulled in,” said Valdez.

She continued by saying that gang violence is a problem that affects the entire Salt Lake Valley.

“We have a real problem here, and a lot of people like to turn a blind eye or not believe that Utah has a gang problem, and that is a problem within itself,” Valdez said. “And it’s unfortunate that we do have juveniles that are losing their lives to gun and gang violence. It’s heartbreaking.”

People often remark that in order to make a difference, “it takes a village” for everyone to work together to keep our children safe.

“It takes each one of us to step in and play a role, and if there’s a kid that wants additional support, we can all take it upon us to be able to help out, help other parents, and just got to be there for each other, and I think that will create more of a family support,” added Vega.

You can learn more about ways to prevent gang violence here in our community at choosegangfree.com.