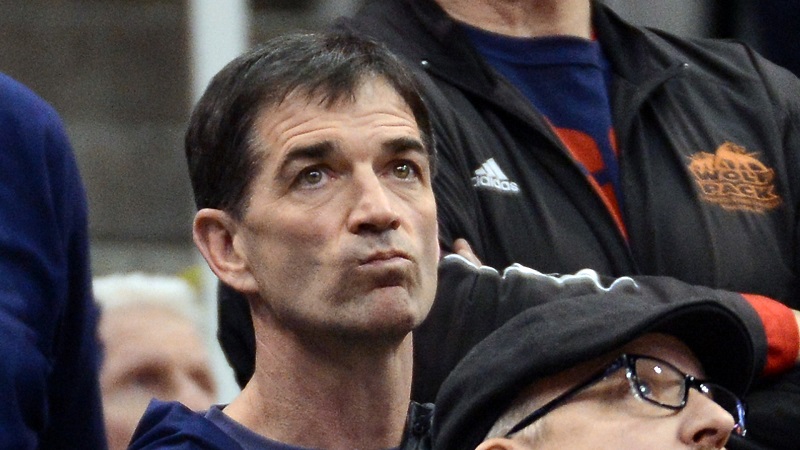 The Jazz legend confirmed that his tickets had been suspended after he refused to wear a mask to the games.

“Basically, it came down to, they were asking me to wear a mask to the games and being a public figure, someone a little bit more visible, I stuck out in the crowd a little bit,” Stockton told The Spokesman-Review. “And therefore they received complaints and felt like from whatever the higher-ups – those weren’t discussed, but from whatever it was higher up – they were going to have to either ask me to wear a mask or they were going to suspend my tickets.”

This is the latest in a series of events that have highlighted Stockton’s views on the COVID-19 response.

The former NBA point guard made headlines after he appeared on a podcast supporting Kyrie Irving for his stance on the vaccines, in December 2021.

“You have a lot of supporters, Kyrie,” Stockton said during the podcast. “You can’t (allow them) to get to you, and you can’t get to all of them. But there’s every bit a majority out there that’s sitting there pulling for you. They’re just not quite as bold as he is. I’m proud of him as an individual to take that kind of individual risk and be that bold for what you feel is right.”

Stockton appeared in the trailer for an anti-vaccine documentary just six months earlier.

“This isn’t a virus cheating us of this opportunity,” he said in the promotion. “It’s the guys making decisions saying, ‘No, no we’re too scared. We’re going to shut everything down. Sit in your house and be careful.’”

Those attending games have to provide proof of vaccination or a negative COVID-19 test within 72 hours of the game, and all attendees are required to wear face masks at all times, according to Gonzaga’s COVID-19 policy.

Advocates train students to be ambassadors for period bill

Over 3000 Utahns march against abortion in Utah