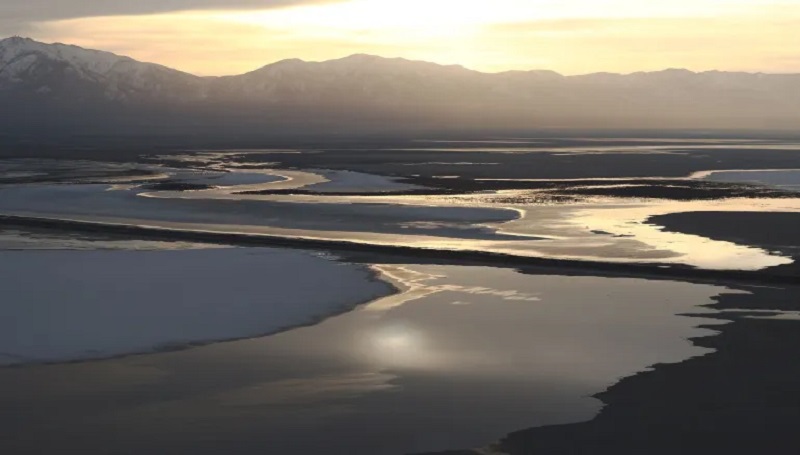 Antelope Island has been significantly impacted in Utah’s ongoing drought. The water has largely dried up around it, making it no longer much of an island. “If we don’t have some substantial grasses on the island, then the wildlife do have a tendency to wander,” Bates said, adding that animals have wandered off of the island in the past (mostly mule deer).

In order to help prevent wildlife from wandering toward the nearby suburbs or Interstate 80, fences were installed several years ago on the southern end of the island. It was intended for bighorn sheep, Bates said. The side-benefit is bison, which could be a bigger problem if they left the island. “Since that lake level and the land bridges, there’s been a tendency (to wander) but again that fence, we put it around the southern end of the island and just strategically it catches their movement and pushes them back to the island,” Bates said.

According to The Utah Department of Natural Resources said Friday the current level on the south end of the lake is a foot above the historic low of 4,190.2. The north end of the Great Salt Lake is measured at 4,190.6 feet.

The spring runoff will bring more water into the lake, but the agency said it expected to drop again when temperatures increase in the summer. “I’ve been here 22-plus years and seen the lake here ebb and flow,” Bates said. “It’s down and we did not come up much this winter. Spring runoff is still to come. Hopefully, we get a little pulse.”

Tooele man shot after at his parent’s home