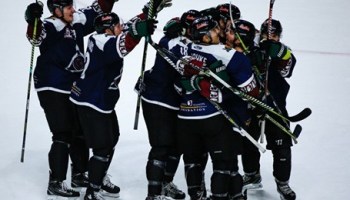 Ege spent the past 3 seasons with the Ohio State University, where he was a 2 time Honorable Mention All-Big Ten. Ege was a Three-time Academic All-Big Ten selection. Before his time at Ohio State, Ege played his freshman year at the University of Alaska-Anchorage. In his college career Ege played in 145 games, scoring 10 goals and 44 assists for 54 points. Wyatt earned a bachelor’s degree in family resource management in spring 2019.

The first ten games of the 2020-21 Utah Grizzlies schedule has been released, including home games at Maverik Center on December 18th and 19th vs Tulsa and December 31st, January 1st and 2nd vs Rapid City. Tickets are available now at utahgrizzlies.com. The Grizzlies are celebrating 25 seasons of hockey all season long. Follow the Grizzlies on Facebook, Twitter and Instagram for updates on the 2020-21 season.