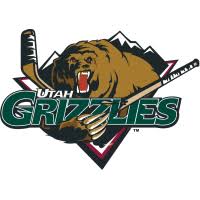 Pare played the last 5 seasons in the Quebec Major Junior Hockey League, including the last 2 seasons with the Rimouski Oceanic. Last season was a breakthrough year for Pare, who was 7th in the league in goals (37), 5th in assists (51) and 6th in points (88). Pare was also part of the 2017 Saint John Sea Dogs QMJHL championship team.

Cedric was drafted in the 6th round, 173rd overall by the Boston Bruins in the 2017 NHL Entry Draft. Pare has good size at 6’4” and 212 pounds. His younger brother, Felix Pare is currently a member of the QMJHL’s Victoriaville Tigres.

The first ten games of the 2020-21 Utah Grizzlies schedule has been released, including home games at Maverik Center on December 18th and 19th vs Tulsa and December 31st, January 1st and 2nd vs Rapid City. Tickets are available now at utahgrizzlies.com. The Grizzlies are celebrating 25 seasons of hockey all season long. Follow the Grizzlies on Facebook, Twitter and Instagram for updates on the 2020-21 season.